This is probably the last update before finish, since we only have 11 days before submission. So without further ado, let's get this blog up to date.
The past couple of weeks I've spent working on the futuristic area. Most of it was already modelled, but I've made a lot of small tweaks, as well as adding new stuff. Obviously, the texturing was the main issue. In real life modern minimalistic building can have a completely plain, white surface, and this will work pretty well in correct lighting. Games, however, are still far away from realistic realtime global illumination, so this kind of plain material will look absolutely flat. So I settled on a couple of variations of concrete. 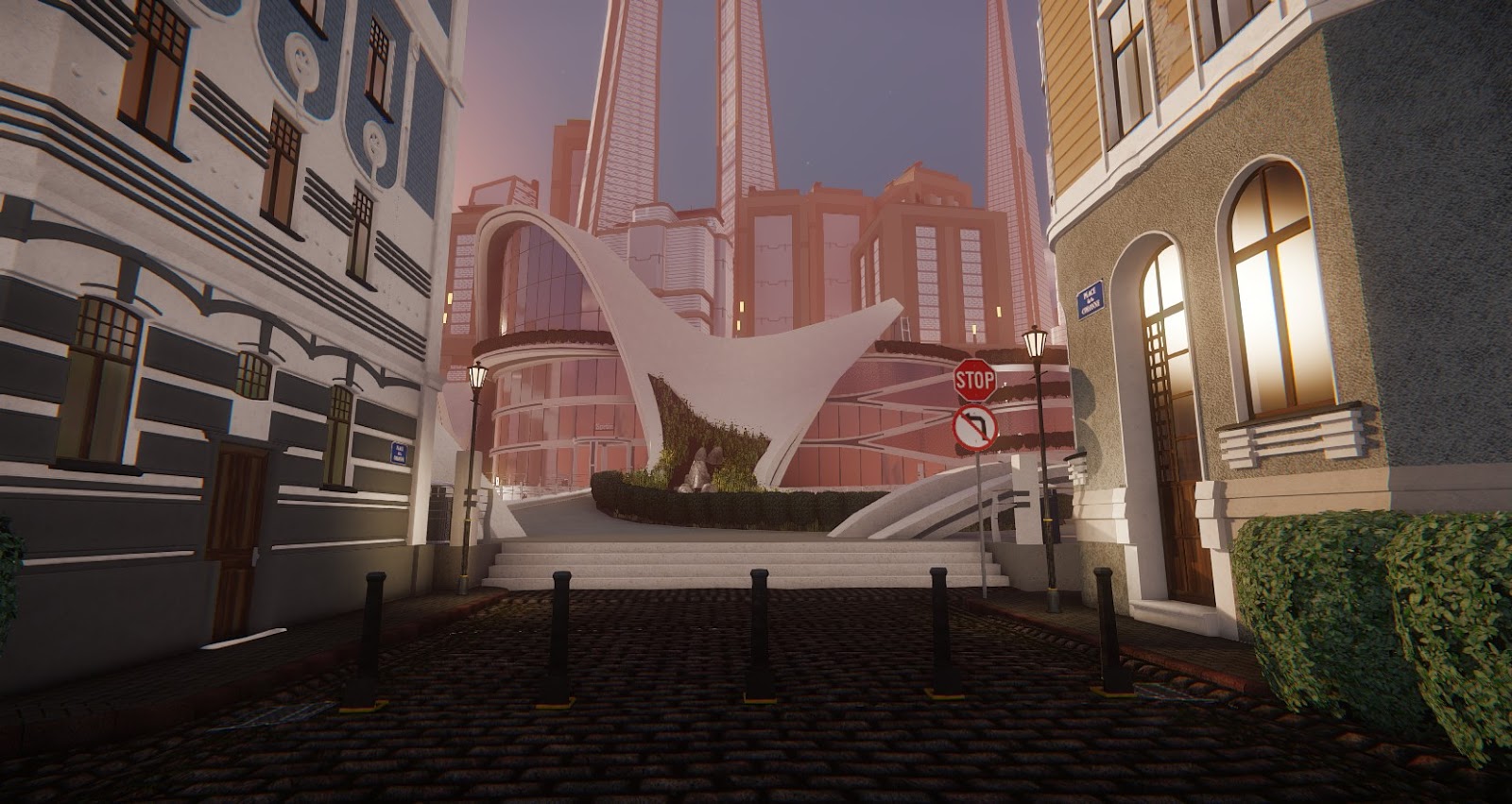 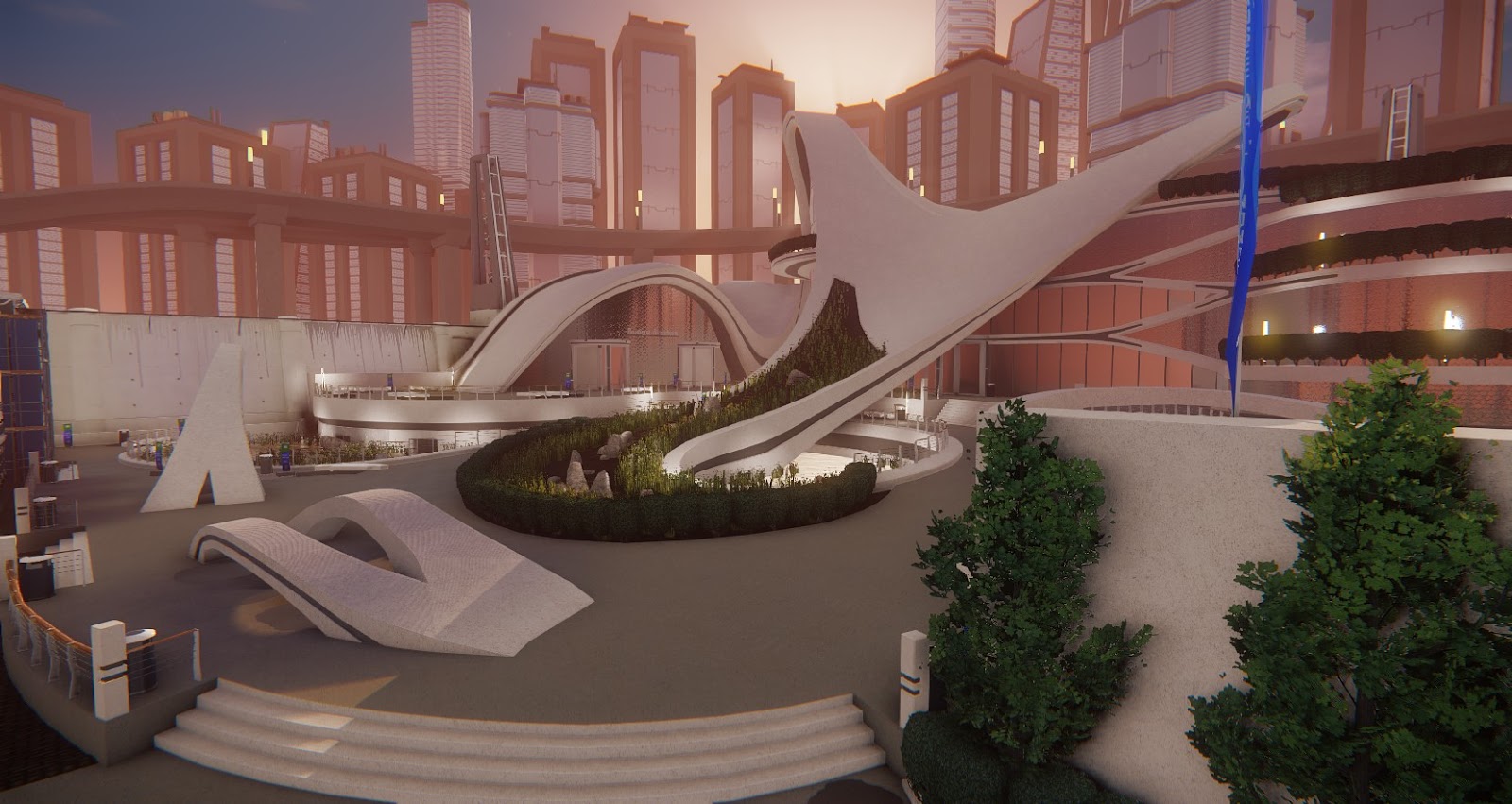 A new addition to already existing abundance of curves is the abstract sculpture in the central plaza.
In order to break up the clean whiteness, I've decided to add a bunch of organic stuff - rocks, grass, waterlilies. If I'll have some time, I'll add fishes to the pond as well. 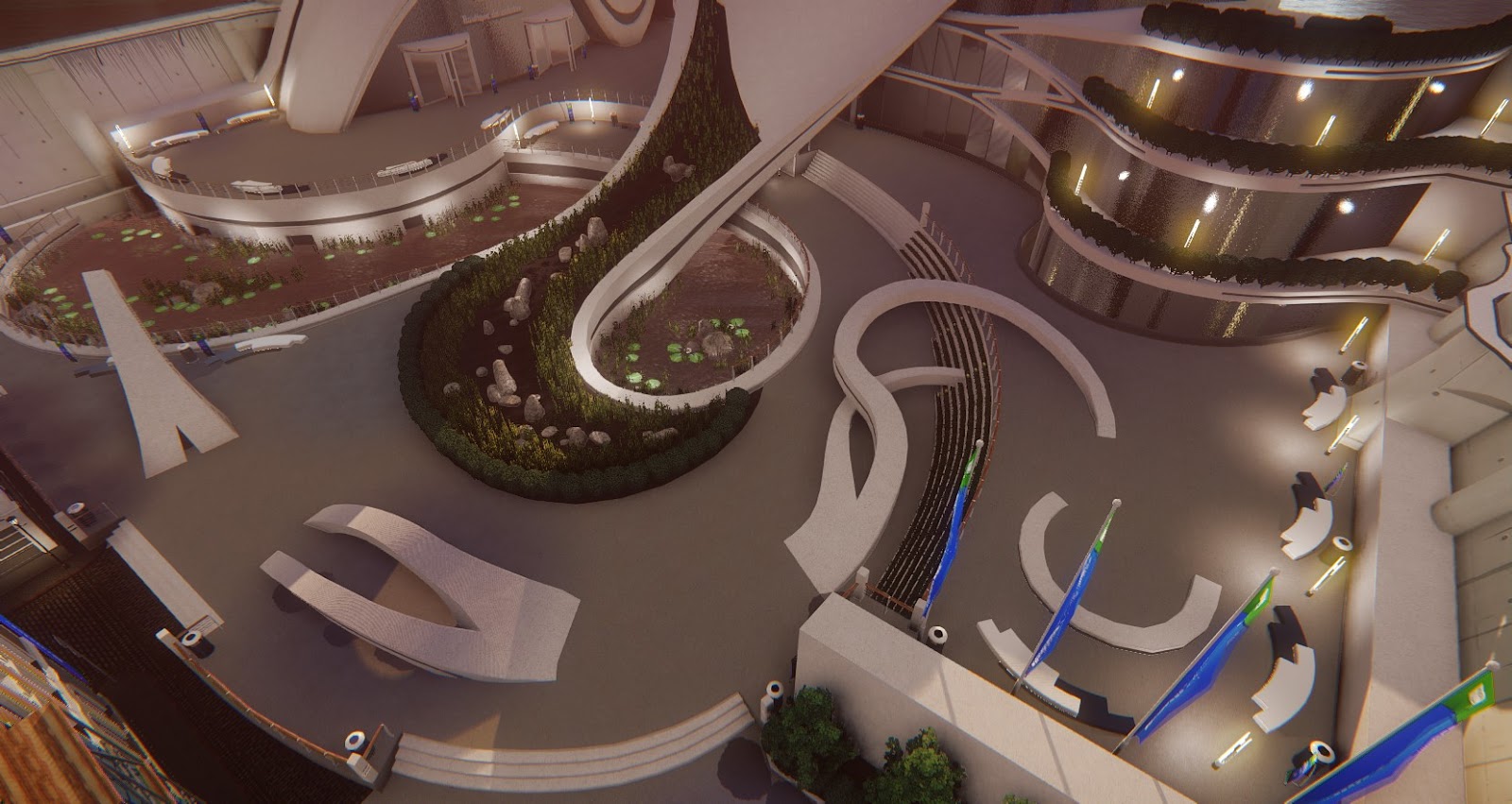 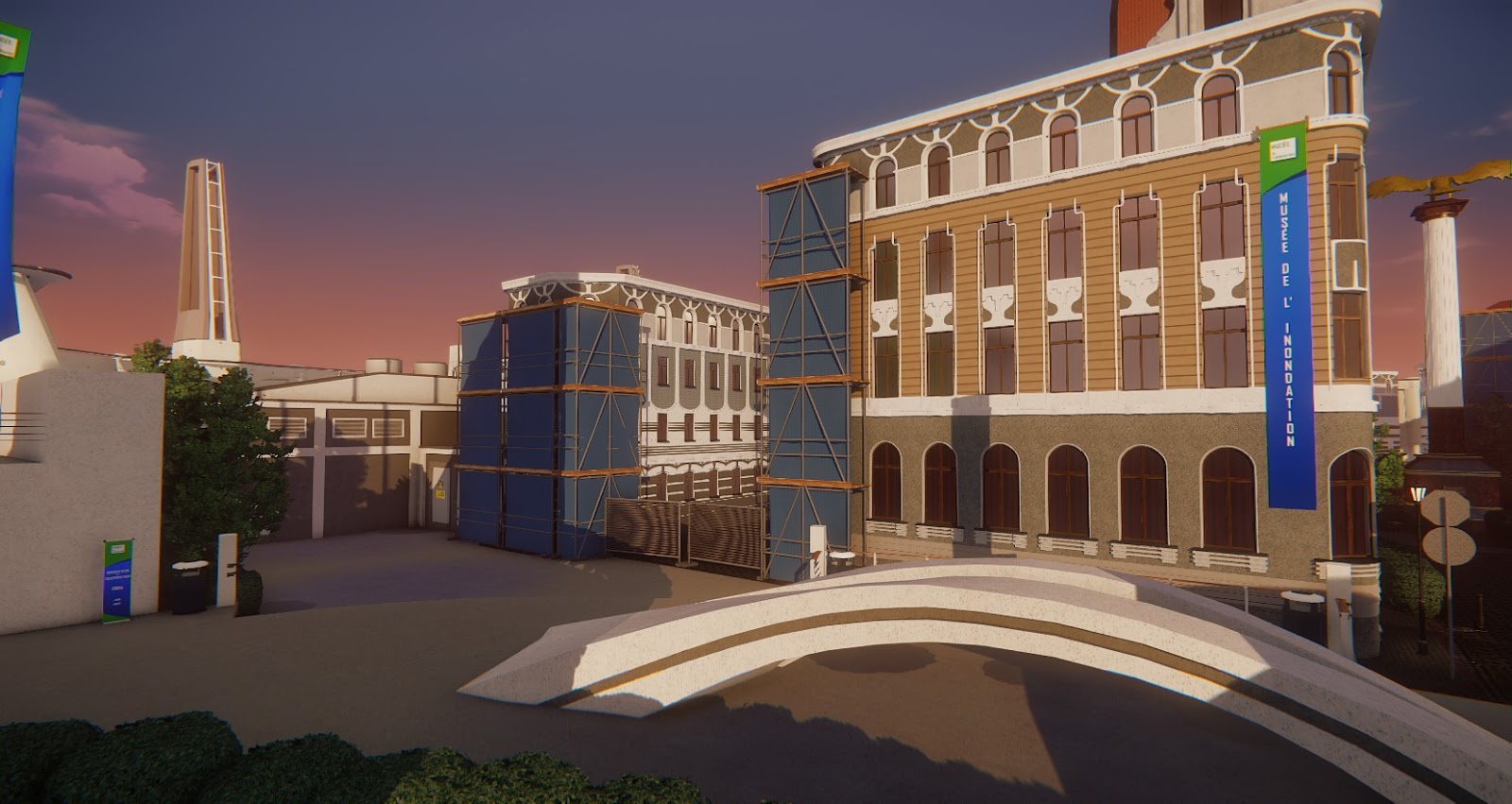 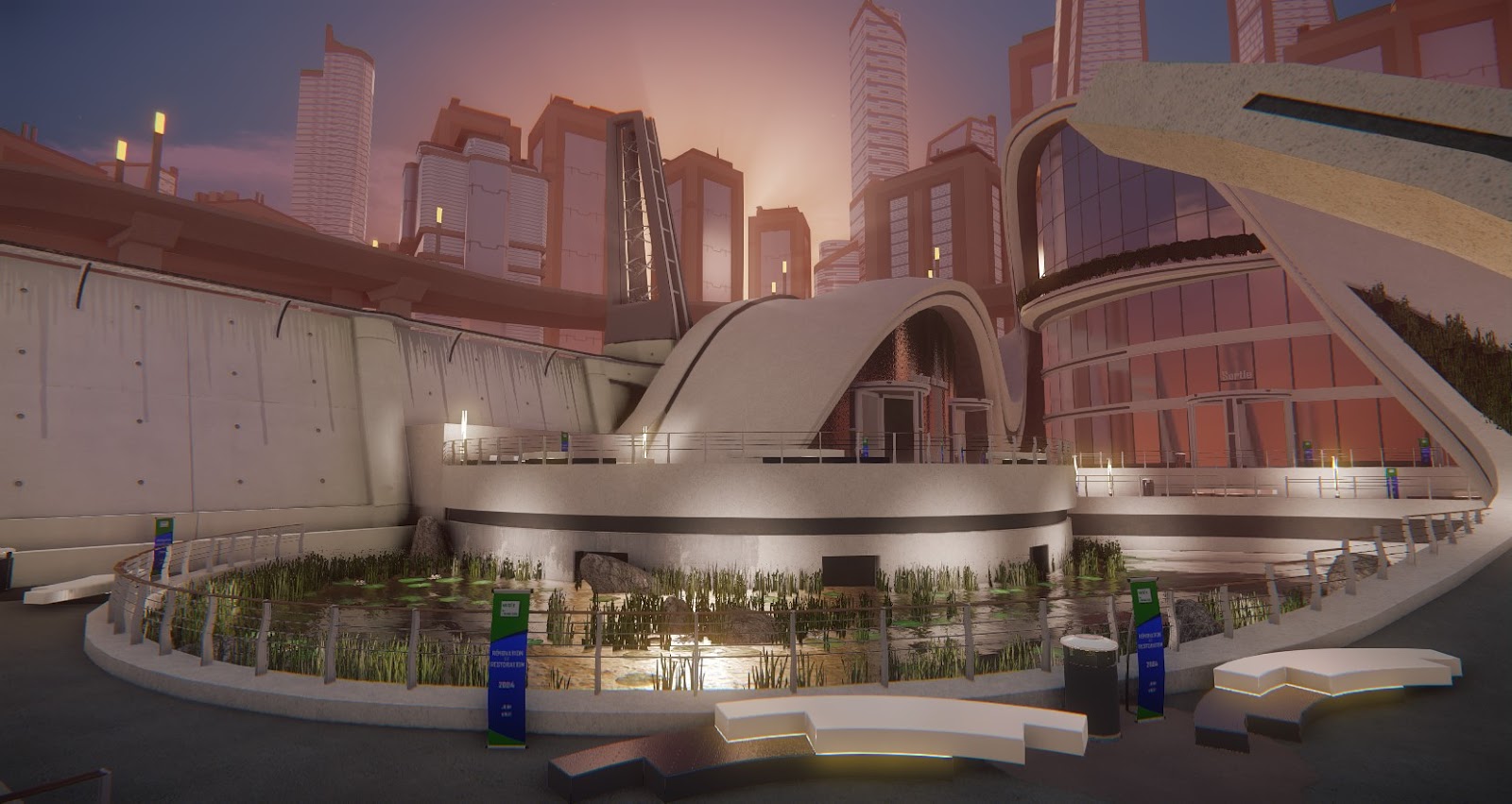 Distance buildings don't look exactly as I wanted them to be, but they look detailed enough to serve as a fairly neutral background. Thre are 5 or so models that I've rotated and scaled in order to create this composition. 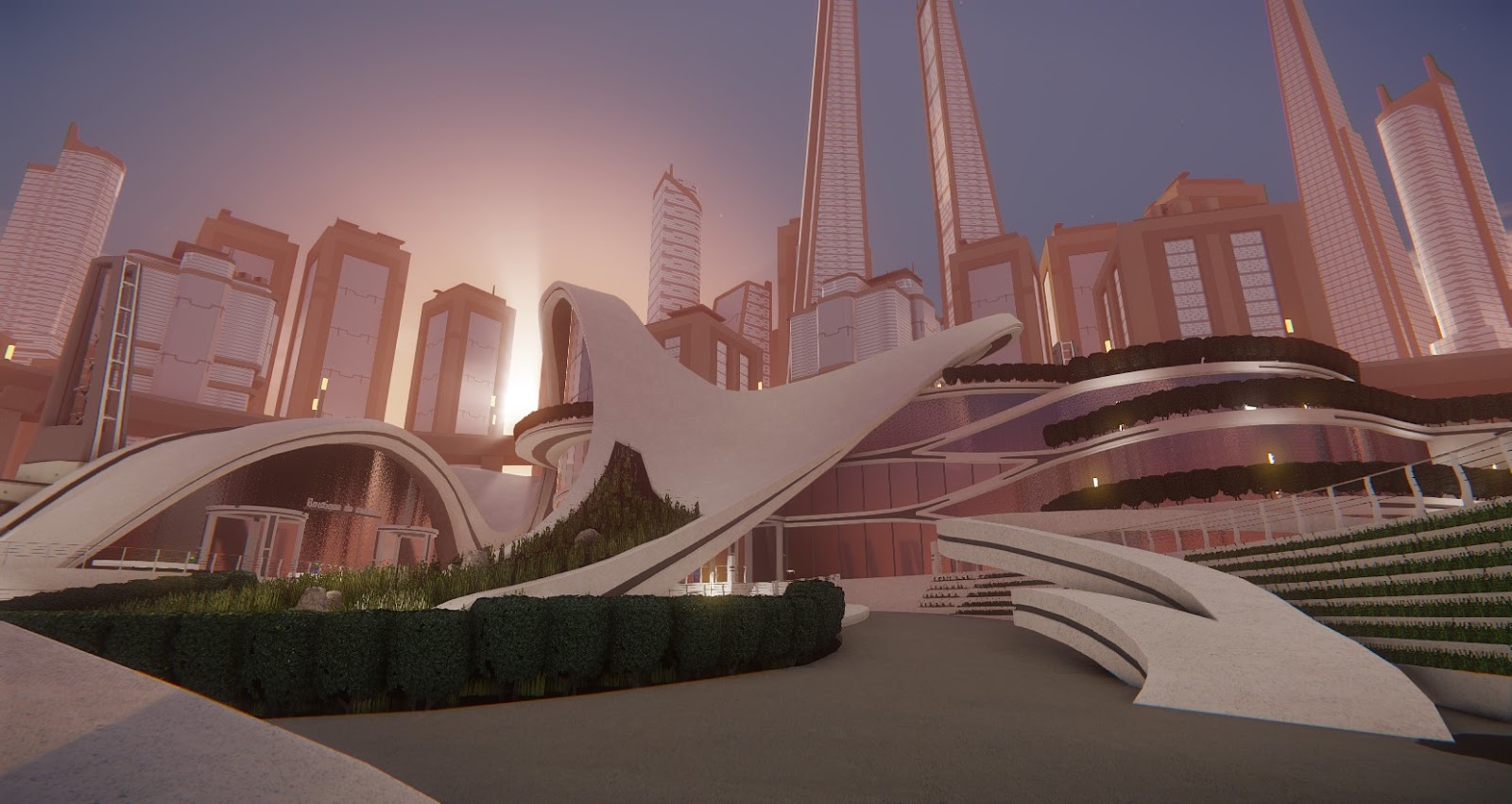 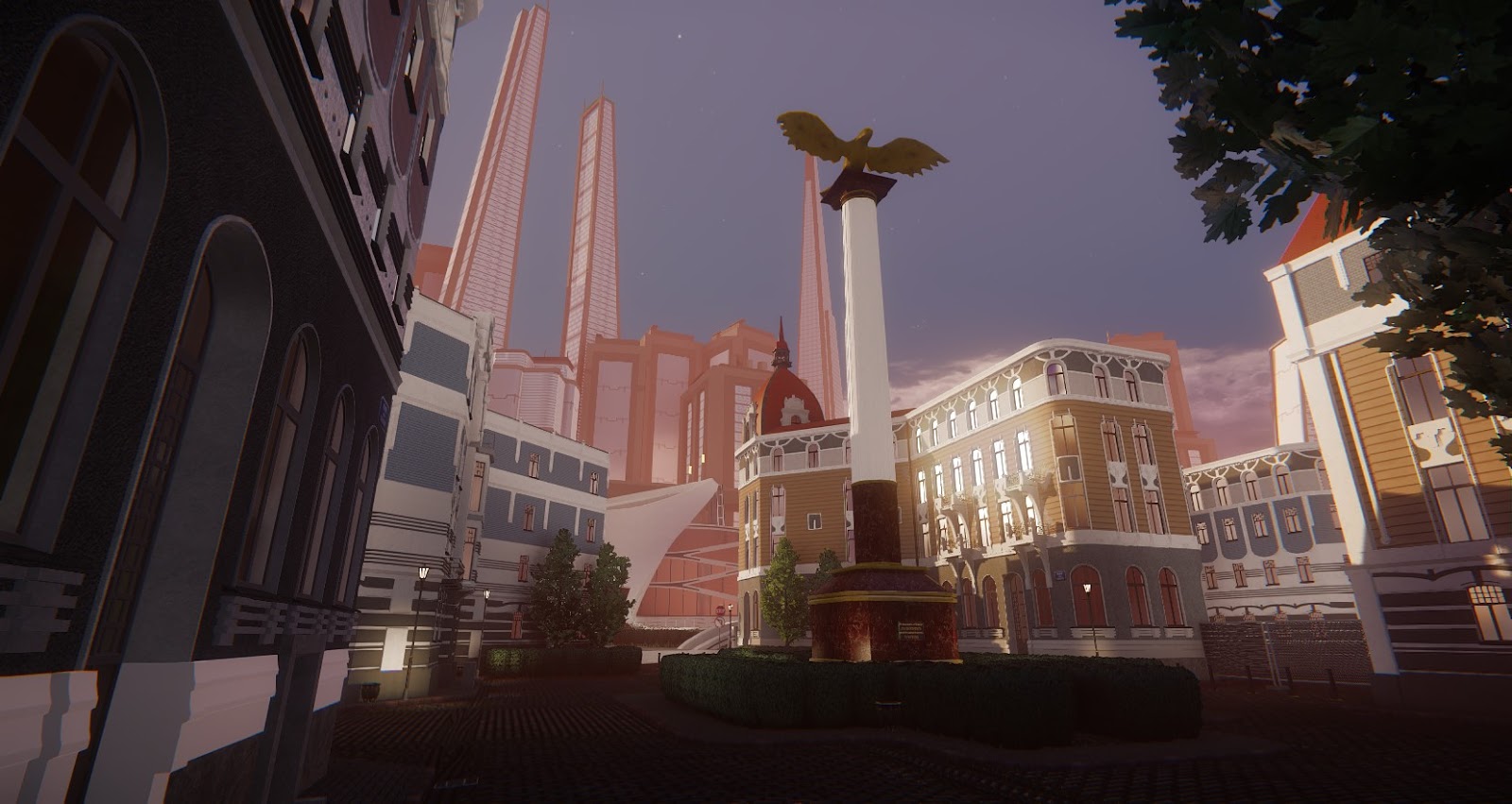 I still want to place more decals to add some dirt, as well as make the areas look more unique than just a bunch of surfaces with tiling textures on them.

Some funny things have occured as well. I was experimenting with wheteher it is possible to make a dynamic puddle using the dafault water shader. Turns out it's not. But there is an increadibly interesting glitch that occurs if you try to apply a water volume material to a custom plane.

Applying a solid decal messed up the look of the bricks. I've solved the issue by cutting out the bricks, so it's slightly better. Limits usability though. 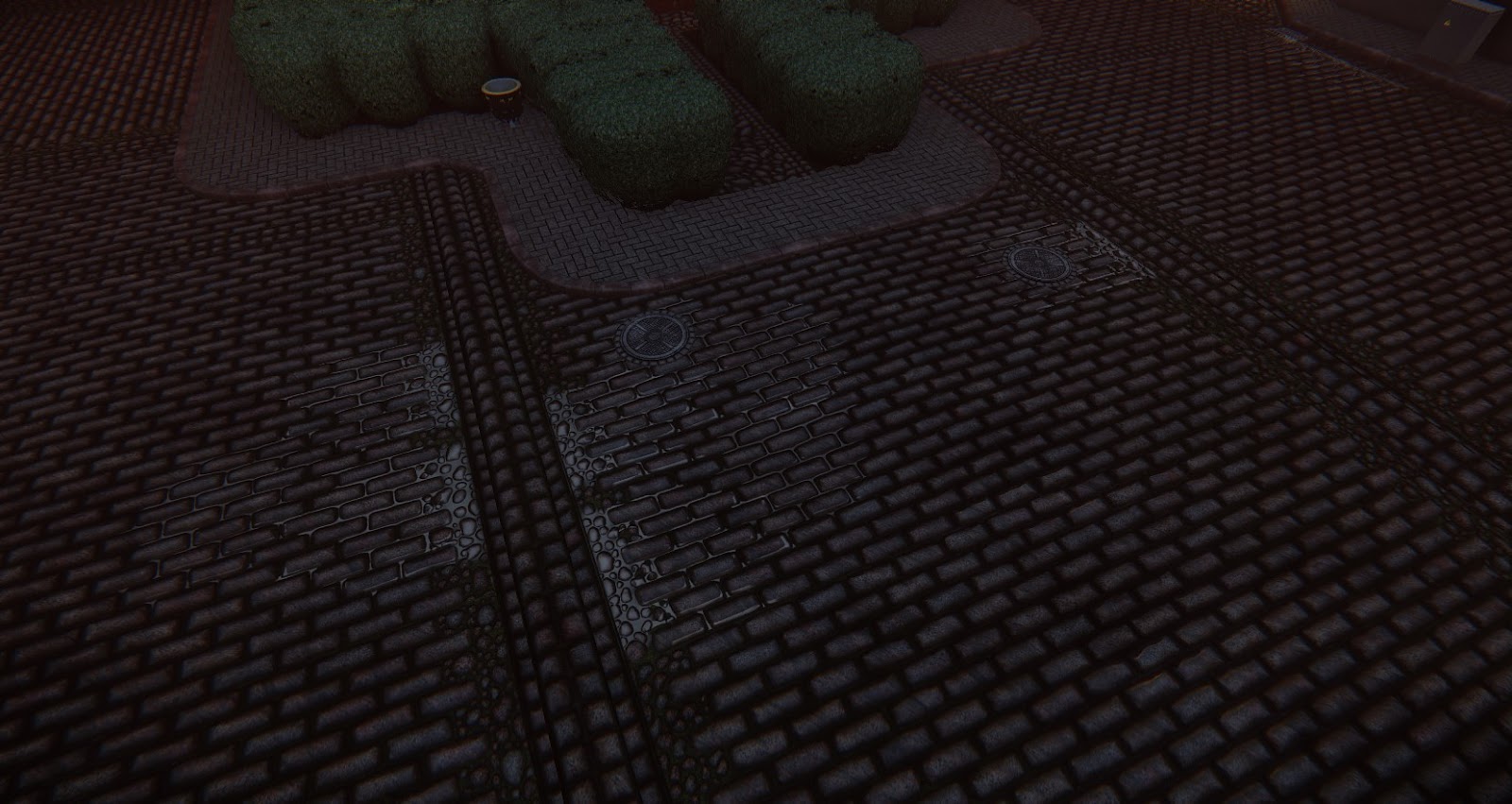 Another issue that I'm still experiencing and can't find how to solve is some weird shadow behaviour. Basically, as the player moves around shadows that are supposed to be solid spaz out and let some light through. There are some issues with sun shadow casting range, where it works fine in some areas abut not the others. So far no solutions that I've found online work, so I'm out of ideas.

I plan to spend the last week getting the old area in order, adding some stuff, changing the existing things. A lot of stuff still doesn't have collision yet, so there's that. Plenty of work to do, but it should be fine.