Rowing, rowing down the stream.

I did quite a lot of different things in the past two or so weeks. For one, I tried to sort out the background of the level. Originally, I planned to have just planes with pre-rendered images on them, but it did not work that well - they were obviously flat. So I replaced them with some simple models. 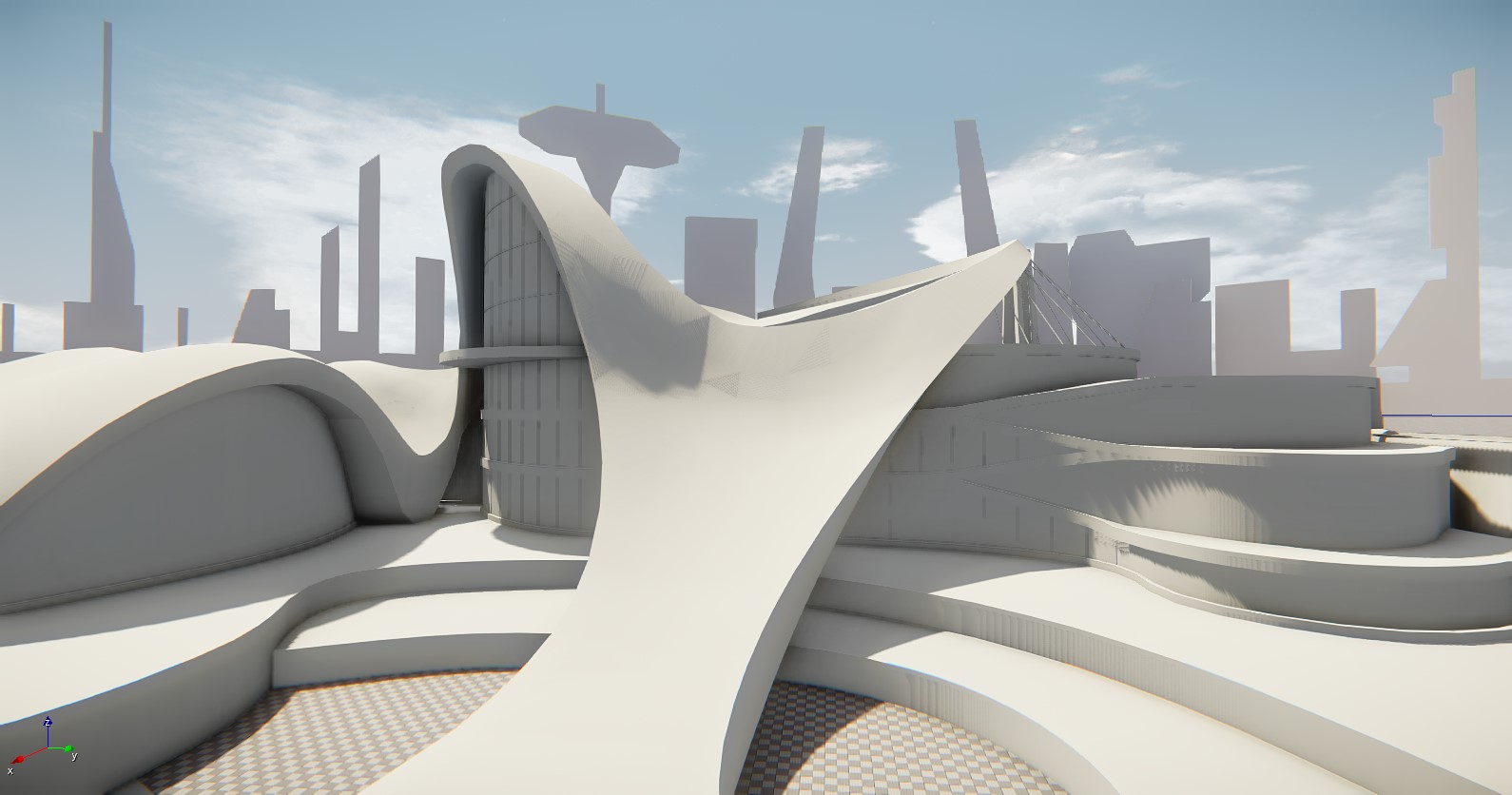 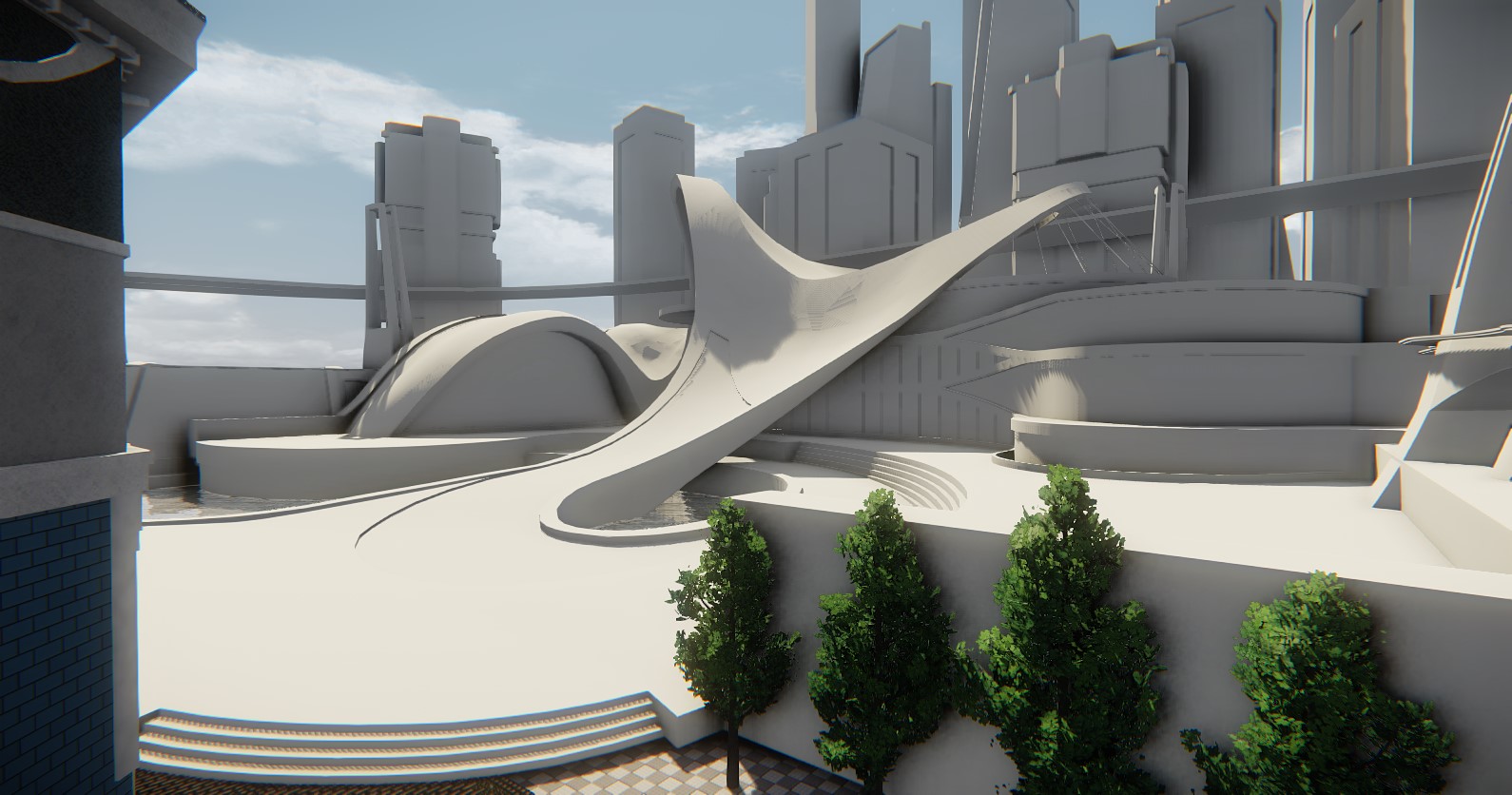 As you can hopefully see, I refined the modern plaza area as well. I assume I'll be able to texture the area soon.
Most of the old buildings are textured now, but still I need more meshes to break up the area. 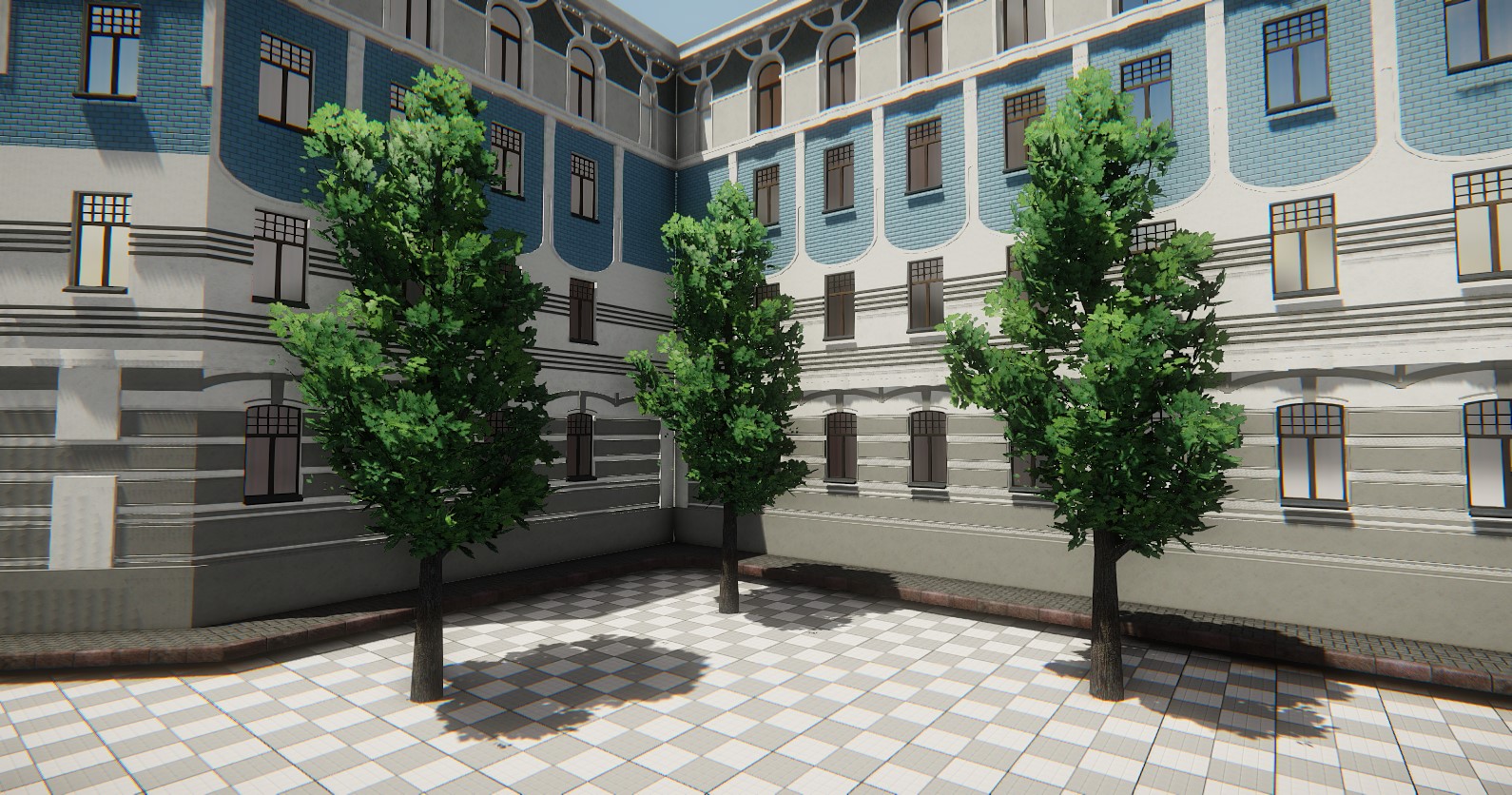 Another nice addition is the trees. The foliage movement was a bit tricky to work out. Three Vertex Paint modifiers stacked together and used as RGB channels? Really, was there no way to make it work with just one?
Some similar issues were happening to the cloth pieces I used for the scaffolding. I don't really get why the editor is so adamant on only working with the materials created in 3ds Max. Why should it care whether the material used for viewport display is physicalized? I understand that there is some optimization going on in the background, but it is very annoying when you have to spend an hour trying to solve some stupid problem instead of doing actual work.