This update is a bit overdue, but better later than never, right? For the past week or so I've been working on getting a semi-final level layout finished. The main issue that people pointed out to me during the presentation was that the idea was not entirely clear yet. So I've built some rough modular dam pieces and the futuristic museum building. Not final models, I'm not exactly happy with them, but at least I was able to set up a level layout. 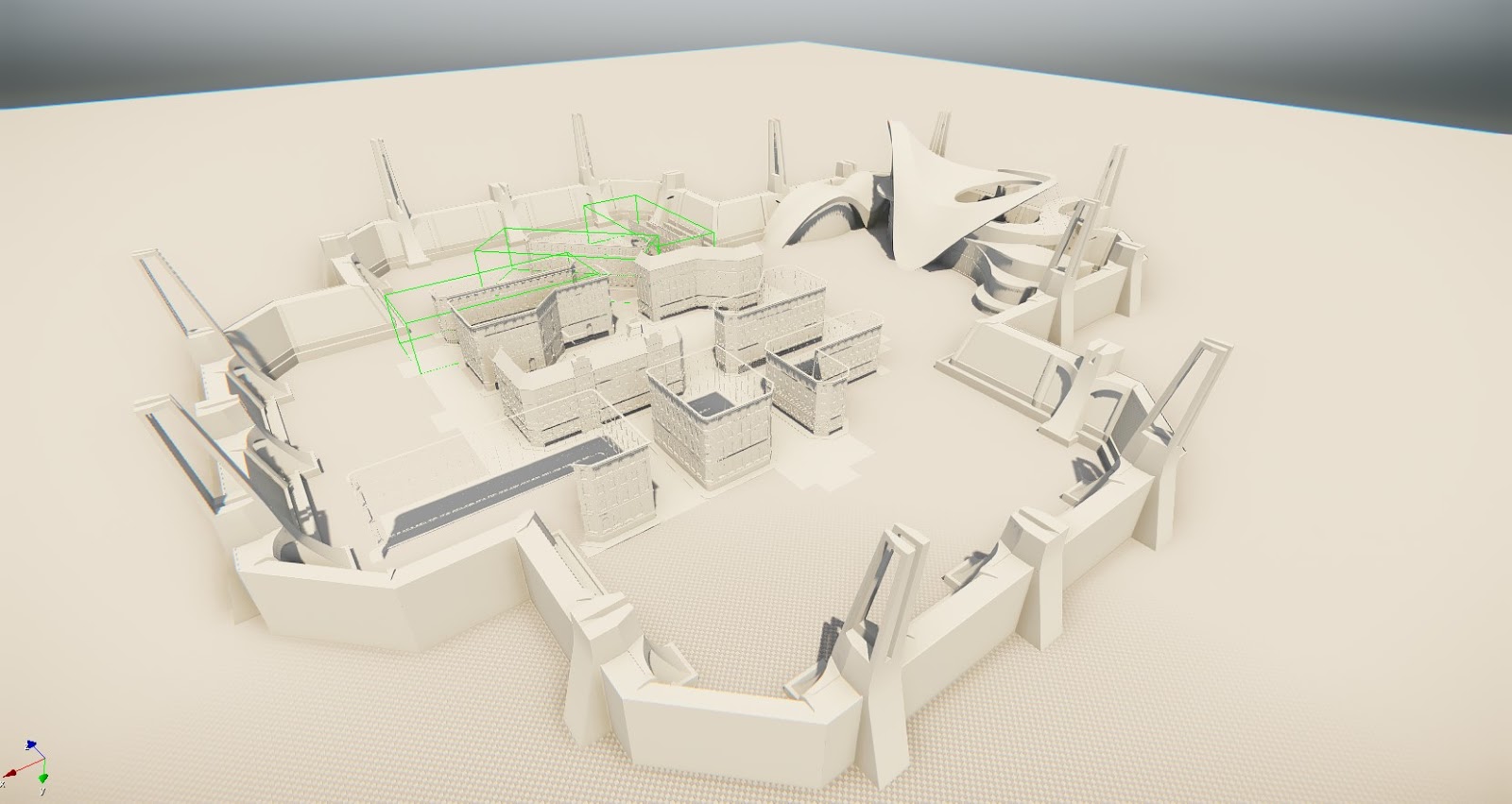 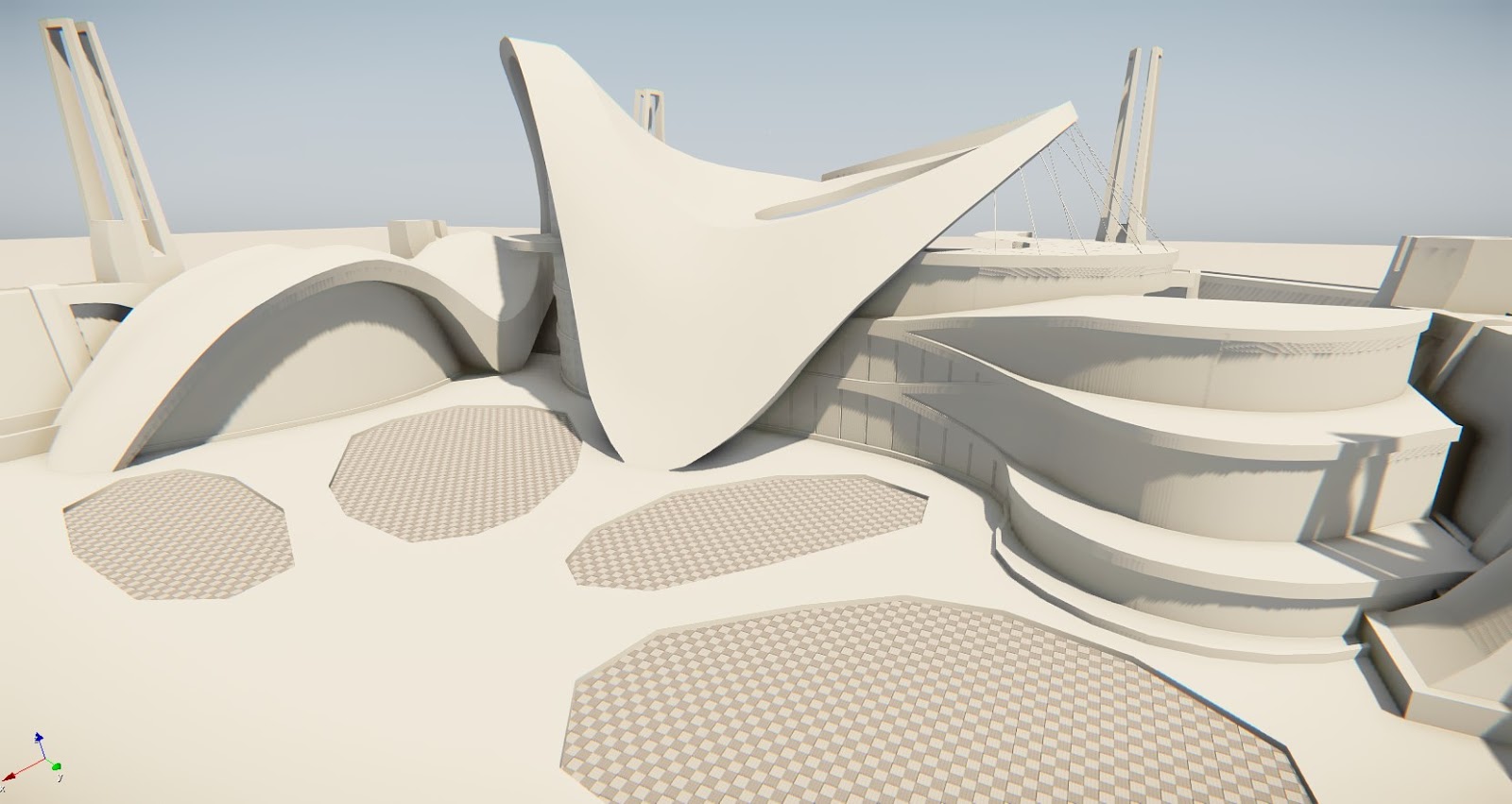 I plan to make some basic textures for the level so that it is not just white. I'll need to figure out a smart way to set it all up in order to be able to swap the materials around easily.