The goal of this project is to create a vehicle and a small environment for it. Both must be fully textured; provided shaders must be used instead of standard 3ds Max shaders. Final scene must be appropriately lit, and a high-rez render featuring the vehicle from it's best angle must be produced.

Example: a sports car in a garage.

Currently, we are almost at the end of the week one.
Since the brief stated that the vehicle will be seen from all angles, and our texture space is quite limited, it would make more sense to make something that is not too realistic. Normally, cars are sitting on their wheels and it's a bit hard to see what's underneath unless it's lifted in a garage during a maintenance. I do not have the time or budget to create a level of detail required for such a scene.
So I decided on maybe not the most original idea, but more feasible in current situation - a space ship. It can be as detailed as I want, and can be easily seen from all sides.

After gathering some reference, I drew some shapes in Photoshop in order to settle on the overall design.
I chose the one I liked most, and made a quick model to see how it would look in 3d. 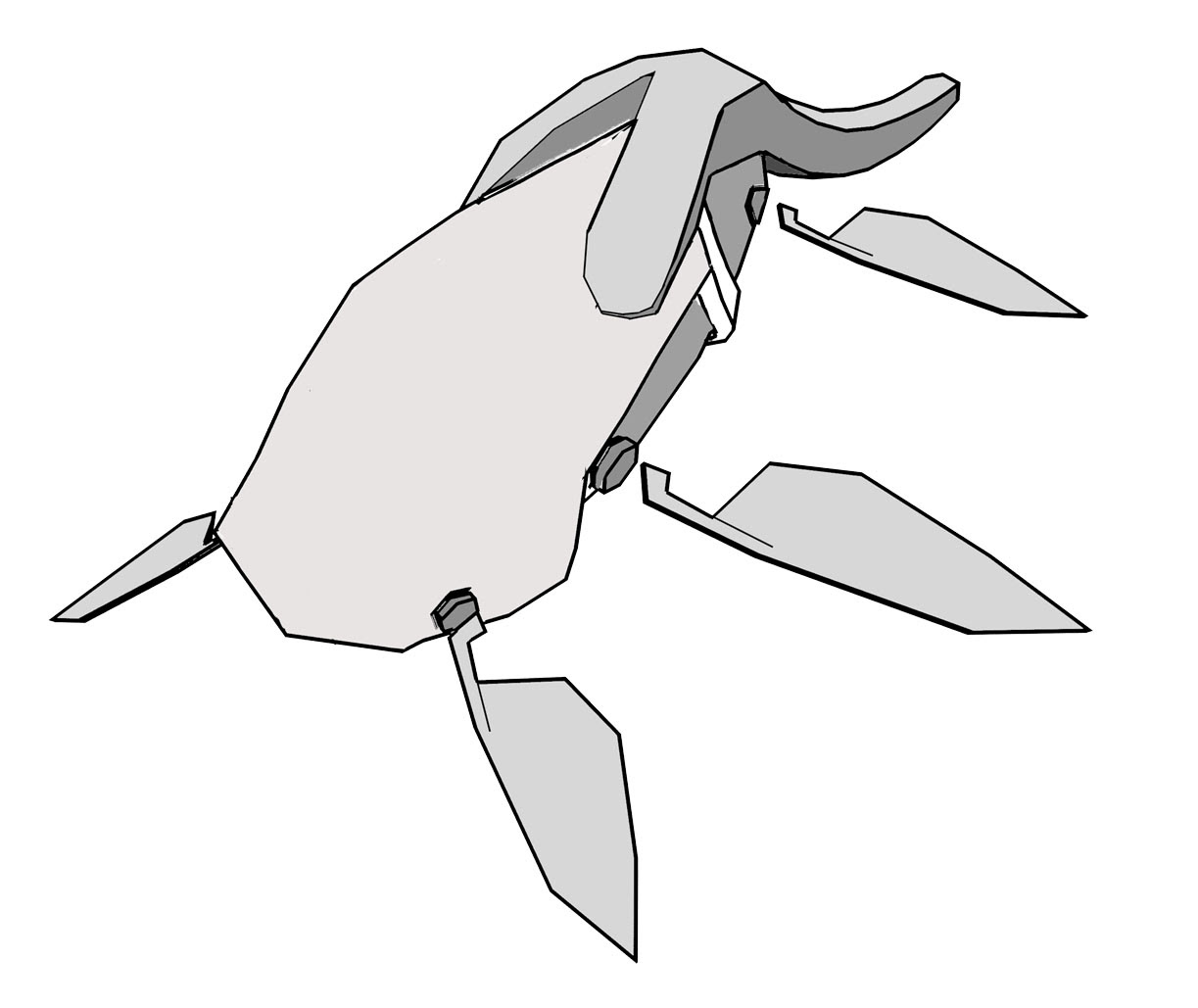 It did not turn out as good as I wanted it to be, so I chose a different design, which I settled on. 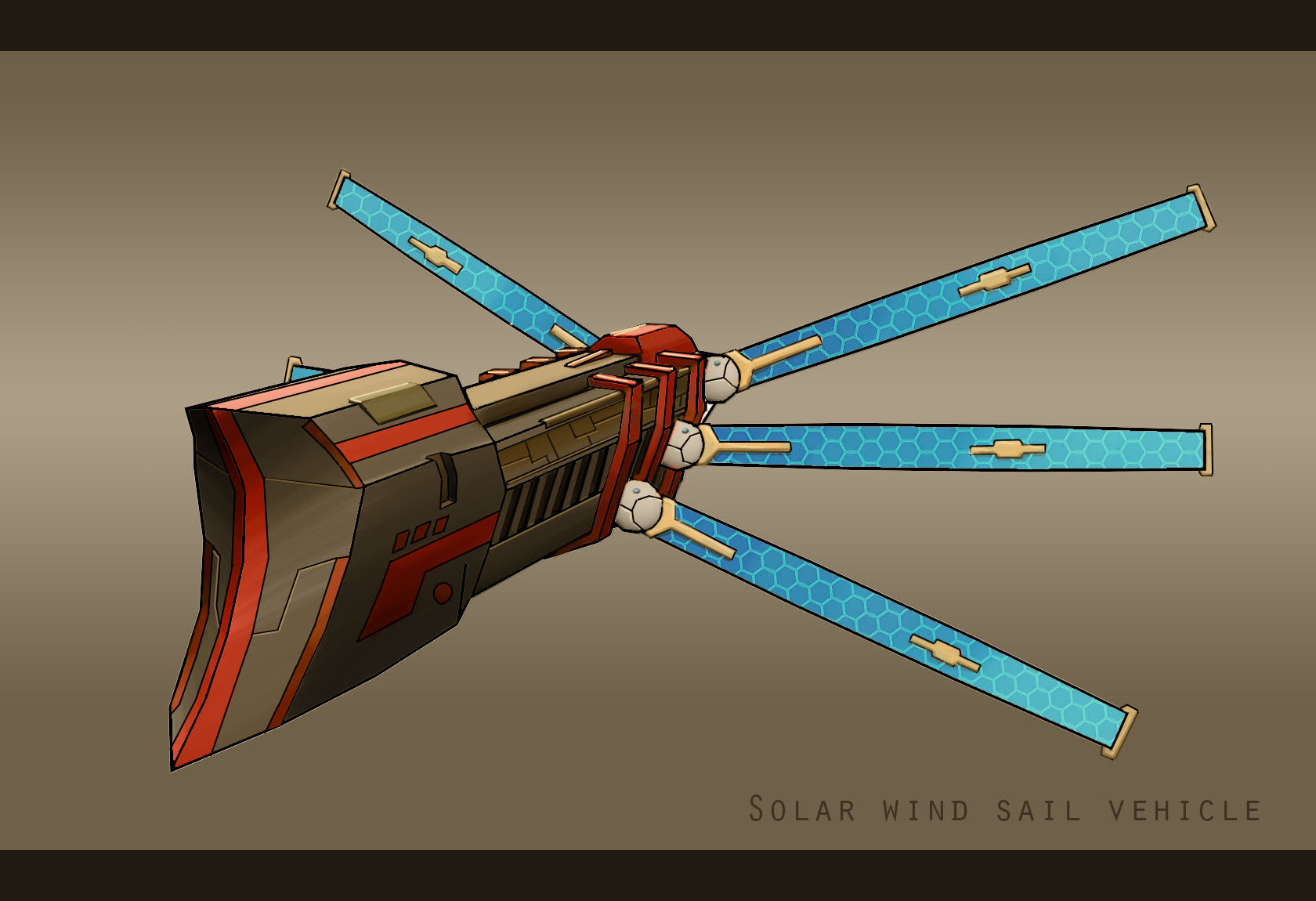 Main critique I received about it was about the solar sails - they were too small for such a big ship. I tried to develop a more complicated design based on the skeletal structure of bird wings. 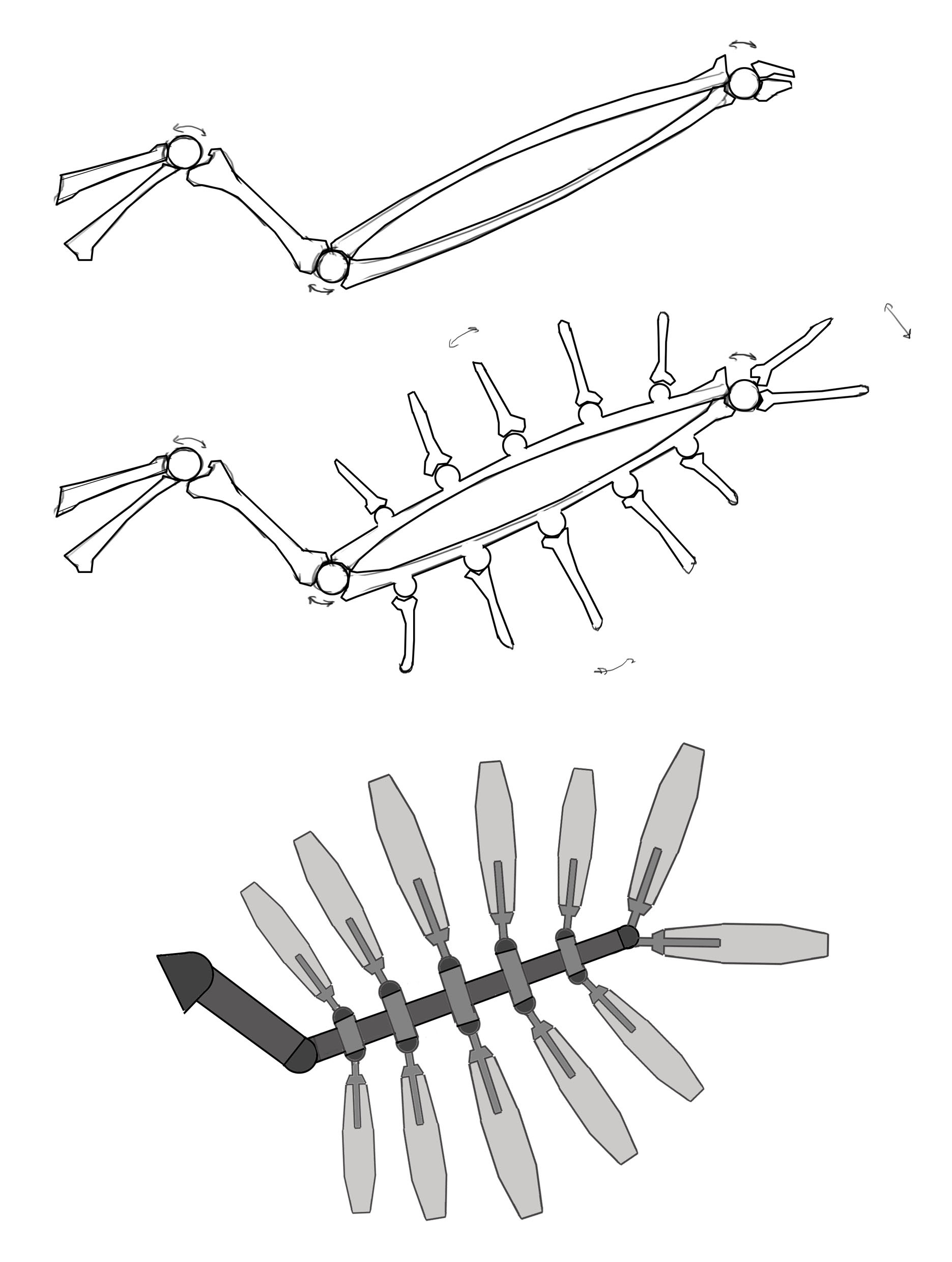 However, the triangle limitations did not allow me to position a lot of individual "feathers" along the beam. I settled for less dense, but more interesting design. Along with and alpha plane with a semi-transparent gradient. 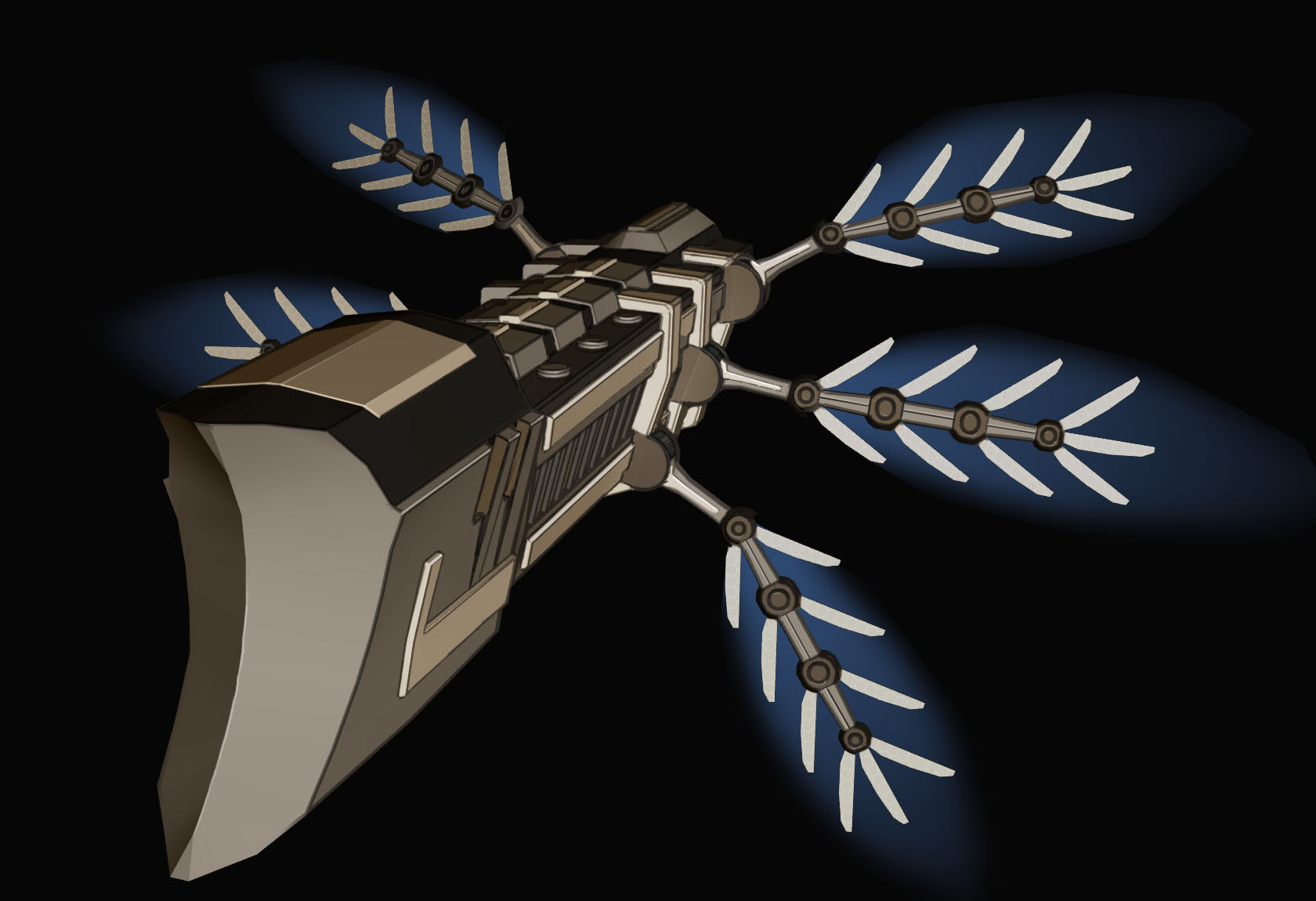 The next stage is unwrapping, which I'm currently in the middle of. It's a bit of a challenge to position all the details necessary on a 1024x1024 sheet, but I'll manage.
Posted by Nikita Olhovskis at 7:00 AM